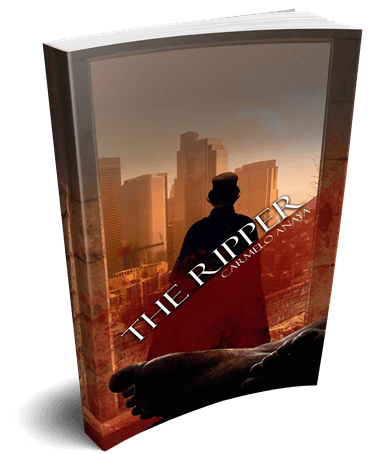 The history is a femicide

When a young prostitute is found brutally slaughtered on the 125th anniversary of Jack the Ripper’s first murder, Commissioner Carrillo notices something disturbing: the woman’s body has been mutilated in the legendary serial killer’s signature style. A few days later, another corpse is discovered, maimed in the same horrific way, and the commissioner must ask seemingly impossible questions: What kind of monster is he dealing with? And where will the murderer strike next? Clues begin to surface when the first victim is linked to a gang that traffics women, but the gang leader—who might know who is posing as the Ripper reincarnate—avoids capture. Tipsters suggest many possible suspects, but while Carrillo is investigating the leads, the murderer starts sending him cryptic messages and taunts, which he is at a loss to interpret. Two more murders occur while the investigation makes little progress. But when the killer implies that his fifth murder will be the commissioner’s partner, the critical deadline adds a frightening sense of urgency to the case.

In this fourth novel in Carmelo Anaya’s series highlighting Carrillo’s impressive investigative feats, The Ripper proves to be the commissioner’s most harrowing case yet.

Places of the novel 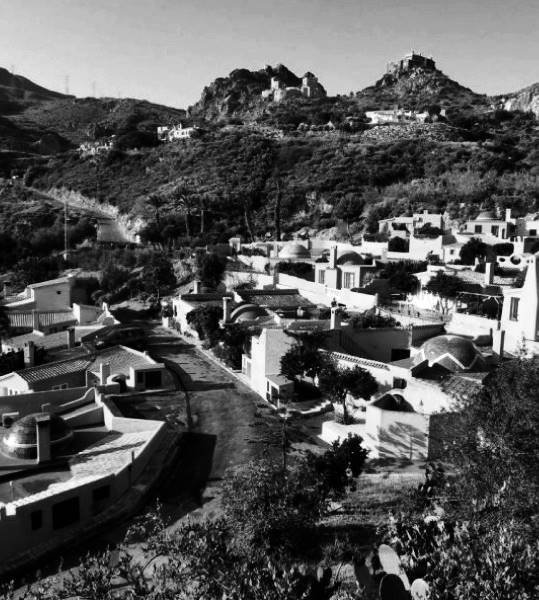 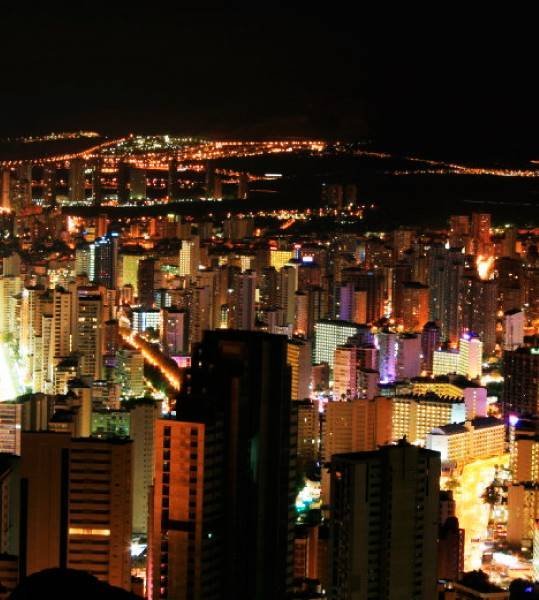 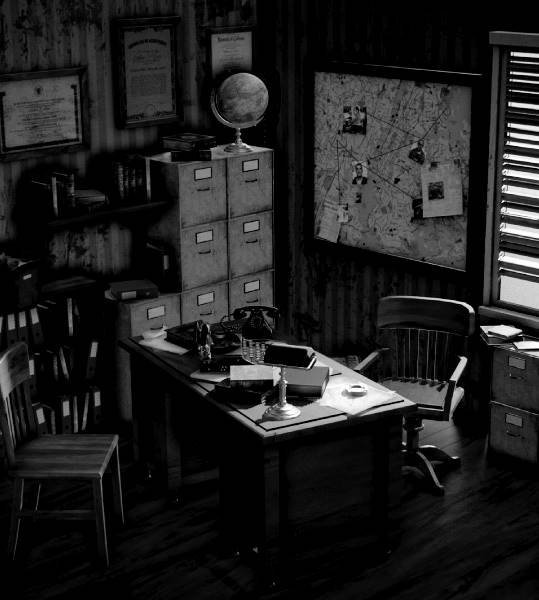 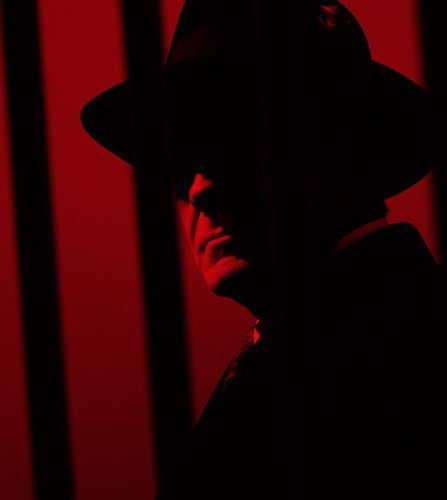 Senior policeman with experience, hard and skeptical, drinker and lonely, whose wife committed suicide years before. He has a relationship with a beautiful foreign woman, a former prostitute, who loves him, but he resists, as if he despises himself so much that he does not understand that he can be loved.

The faithful companion of the commissar Carrillo. Big, strong, good, an Obelix at the service of his boss. A good man, overwhelmed by the crimes of the Ripper, who loses nerves and sanity.

The best policeman that Commissioner Carrillo has known. Trust him blindly. His police instinct and courage never cease to amaze the commissioner or the reader.

Criminologist expert who helps the commissioner in the investigation, and a relationship of attraction-rejection is born. She insists on the guilt of Mike Rigby, the commissar's friend, whose psychological profile matches that of the murderer. 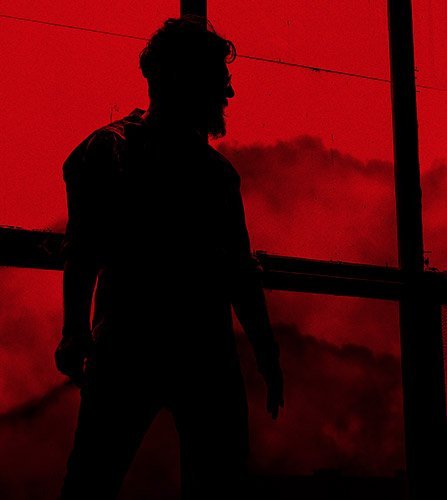 Friend of the commissioner. Owner of Baria City Blues and main suspect for the police to be the Ripper. His dark past haunts him.

Professor and intellectual friend of the commissioner, who gut the entrails of society that allows murderers such as Radu or the Ripper. His words about the human and social nature of crimes constitute a thesis of human depravity. 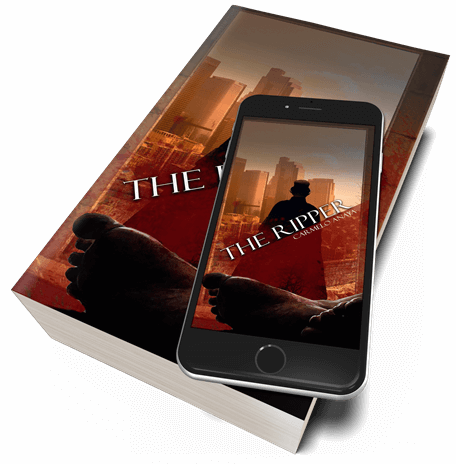 As a gift, you can download for free the first chapter of my book The Ripper.

If you want to receive updates about new novels leave your contact information.

Get a copy of our exciting crime novel! Carmelo Anaya has a degree in Criminology and works as a lawyer today. In his role as a writer, has published numerous stories in various collections, as well as the series of novels called Trilogy of Baria, based on a fictional city of Almeria. He was the second prize of the J & B Prize in 1996 with the novel The Dark Heart. In addition, Carmelo Anaya was the winner of the second edition of the Wilkie Collins Black Novel Award, awarded by M.A.R. Editor to his work Ordo Dei (Losers Anonymous) of 2012. It has revealed a true master of the black genre, with well-assimilated influences of his admired Dashiell Hammett and Jim Thompson. Other books are Tiempo cero (2006), Memento Mori (2012), Frío invierno en Baria (2007), Tierra amarilla (2013), Una parte de mí (2008), El guardián de mi hermano (2008) y Gloria Mundi. His new novel, The Ripper, is the most extensive and careful of his works. Starring commissar Carrillo-usual character in their stories-and with a surprising ending, ratifies Carmelo Anaya as an exponent of the genre of a crime novel, thriller, and police in our country.

Trilogy dedicated to Commissar Carrillo, who has to investigate the murders that are committed in Baria - a city created by Carmelo Anaya as a metaphor for Spanish society suddenly enriched and brutally impoverished. It is composed of the following books: La tierra amarilla, Baria city blues, El Guardián De Mi Hermano. 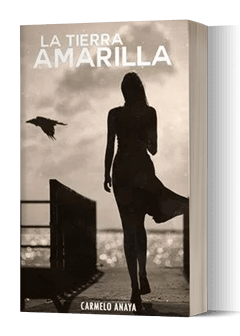 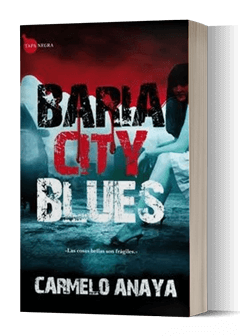